“Deceit and Other Possibilities” — the title of the debut short-story collection by Vanessa Hua — is a meditation on adopted homelands and ancestral memories. And It is now the title of the double exhibition featuring works of two Australian artists using photography and video: C.J. Taylor and Dr. Christian Thompson provide a dense and thoughtful examination of assumptions about identity, culture, and acculturation that underlie our notions of acceptance and acceptability. Dr. Thompson, represented by Michael Reid Gallery (Sidney and Berlin), presents four works from his project Equinox, shown here for the first time in Italy. In Equinox, Thompson depicts himself donning flowery headgears and ornate tiaras, elaborately decorated vests and regal paraphernalia, his face thick with makeup, in quasi-ecclesial, hieratic postures, to signify the resurrection of his terrestrial body into an aesthetic realm of final reconciliation. As in Hua’s book, Dr. Thompson stages his own vision of the transubstantiation of human frailty, a persistent story of persecution and resistance, the story of how the artist arrives at this alienated, and intensely aestheticized, version of himself. Deceit, all in all, is a political possibility, a conduit to the eventually imaginable heaven of human freedom. The same can be said for the only video presented here: in Refuge, Christian sings in Bidjara, his traditional language. Only a few people in the world would understand the words, but the pitch of the artist’s voice dissolves the meaning of the words and exposes the inherent lyricism, the mystical sorrow of a call for help that nobody could hear. As in Hugo Hamilton’s memoir, the children trapped in their private, intimate language scream in despair, but “nobody could hear us... because they could only hear things that were said in English. Nobody even knew that we were calling for help, because we had the wrong words.”

C.J. Taylor assembles still lives and lives stilled in “an Australian vernacular.” He builds (with a distinctive European taste) austere settings whose ordinate structure is subverted by a pop element, like a doll, or a little fluorescent animal. The centerpieces of much of Taylor’s still lives are not natural elements but prints on textiles. They are not living creatures, but copies in polyurethane. The grotesquery is the emotional vehicle of the idea of a denaturalized habitat, in which nature is celebrated as a distant leftover – an aesthetic curiosity. The Hut (5/4) is a cinematic work in 2.5D video projection in 21:9 aspect ratio. It is set in a ‘nowherescape’, a liminal hinterland of collapsible time that is at once bittersweet, life-affirming and deadly. This photo-cinematic project features unique techniques that intimate depth in photography. The work embodies the idea of ‘Elastic Photography’ that sits between the stilled film and the filmic still, reality and illusion, analogue and digital.

Australia, the sub-continent located at the antipodes of Europe, is the site of this extreme and despairing exercises in representing the tension and internal discomfort of contemporary identities. CJ lives in the woods around Adelaide; Christian lives between London, United Kingdom and Melbourne, Australia, but he was born in Southern Australia, and his paternal heritage is Aboriginal Australian. Both artists face geographical, ideal and chromatic assonances. The show at the Galleria Marcolini will be a unique opportunity for the Italian public to witness these most recent developments in the Australian art scene.

Dr CJ Taylor’s practice examines notions of beauty and the grotesque in an Australian vernacular. He creates snapshots of a future embedded in the past, grounded in science and the arts, in proof and in theory, in fact and in fiction. The connection between flora, fauna, history and contemporary challenges, social and political, when caught between events and phenomena looms large. The work is intimately about time. Slippery sensations of duration and place charged with beauty and danger. His work examines the intersections and productions of time, hyperreality and affect within the photographic image. Exhibited nationally and internationally, including at the National Portrait Gallery’s Australian Photographic Portrait Prize, the Eighth Biennial CCP Documentary Photography Award, William and Winifred Bowness Photography Prize, Josephine Ulrick & Win Schubert Photography Award, FutureGen at FotoFreo, Hatched at PICA, the Pingyao International Photography Festival, China, Art Central, Hong Kong, ArtVerona and ArteFiera, Italy, and the Asolo Art Film Festival. CJ was the stills photographer for the Yolngu peoples’ project ‘12 Canoes‘ from 2007–2008 and a contributor to ‘Still Our Country‘. In 2014 he won the inaugural Adelaide Park Lands Art Prize, in 2017 the biennial Whyalla Art Prize. The same year he was awarded a PhD from the Australian National University.

Dr CHRISTIAN THOMPSON AO is an Australian born contemporary artist whose work explores notions of identity, cultural hybridity & history. Formally trained as a sculptor, Thompson’s multidisciplinary practice engages mediums such as photography, video, sculpture, performance & sound. His work focuses on the exploration of identity, sexuality, gender, race and memory. In his live performances and conceptual portraits he inhabits a range of personas achieved through handcrafted costumes & carefully orchestrated poses & backdrops. In 2010 Thompson made history when he became the first Aboriginal Australian to be admitted into the University of Oxford in its 900-year history. He is currently a research affiliate at the Pitt Rivers Museum, University of Oxford. Thompson holds a Doctorate of Philosophy (Fine Art), Trinity College, University of Oxford, United Kingdom, Master of Theatre, Amsterdam School of Arts, Das Arts, The Netherlands, Masters of Fine Art (Sculpture) RMIT University and Honours (Sculpture) RMIT University, Melbourne, Australia and a Bachelor of Fine Art from the University of Southern Queensland, Australia. His works are held in major international and national collections. In 2018 he was awarded an Officer of the Order of Australia for distinguished service to the visual arts as a sculptor, photographer, video and performance artist, and as a role model for young Indigenous artists. Thompson has exhibited widely both nationally and internationally, having been included in major exhibitions. Thompson's work is held in major public and private collections including the Museum of Contemporary Art, Sydney and the National Gallery of Australia, Canberra. 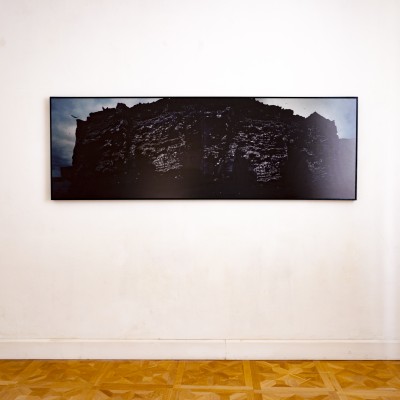 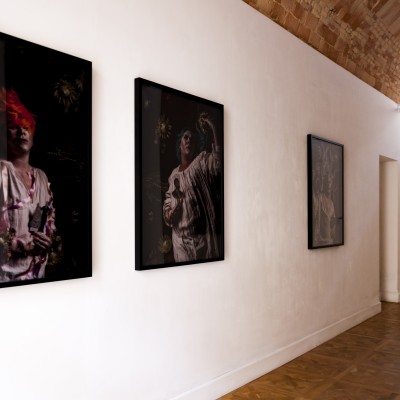 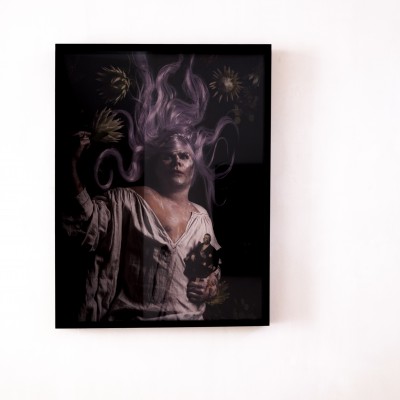 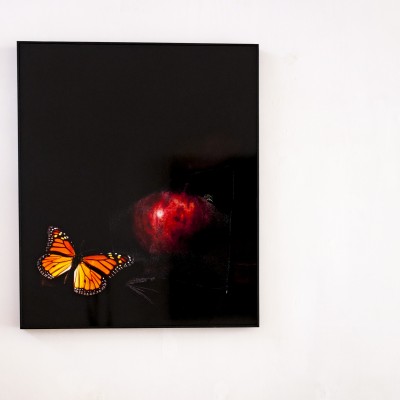 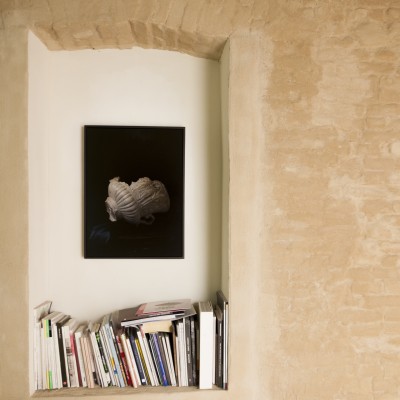 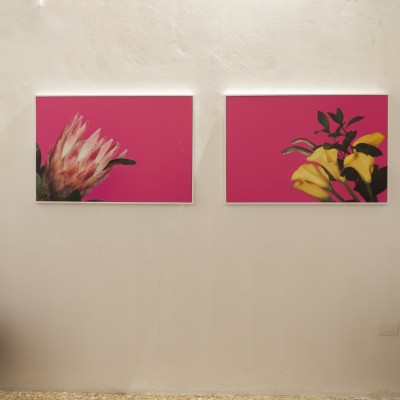 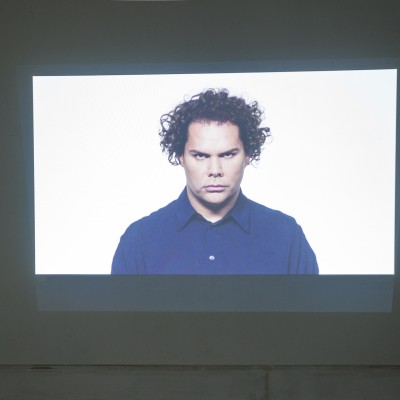